June 16, 2010  •  Leave a Comment
Taken this past weekend on the Galveston seawall. You and a friend sit in a chair latched to the ground while bungee cords are pulled tight. Then the latch is released and you are thrown, basically out of control, 100' in the air. Sheer acceleration followed by abrupt bouncing and spinning. And it's higher than it looks! I only watched! :-) 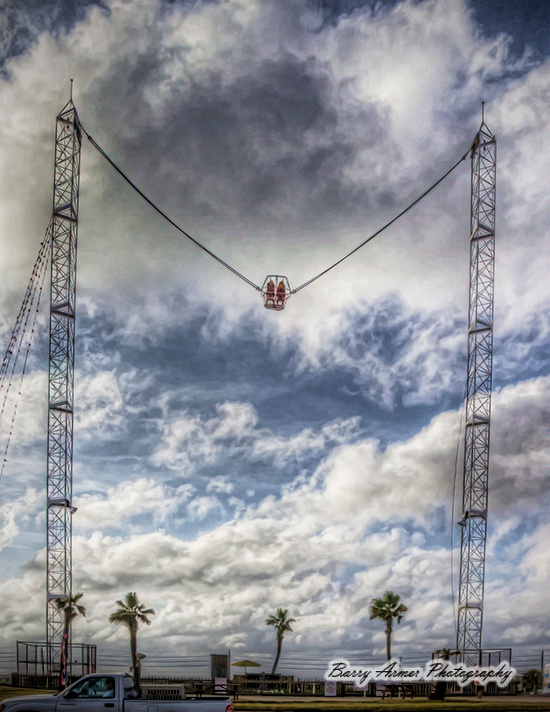