Here's the lowdown from Wikipedia: "The Roanoke Star, also known as the Mill Mountain Star, is the world's largest freestanding illuminated man-made star, constructed in 1949 at the top of Mill Mountain in Roanoke, Virginia. It was the largest star ever assembled until the El Paso Star was completed in El Paso, Texas.[2] However, the Mill Mountain Star still holds the claim to world's largest illuminated man-made free-standing star, as the El Paso Star lies flat on the ground. After construction of the star, Roanoke was nicknamed "Star City of the South". It's visible for 60 miles from the air and it sits 1,045 feet above the city of Roanoke." 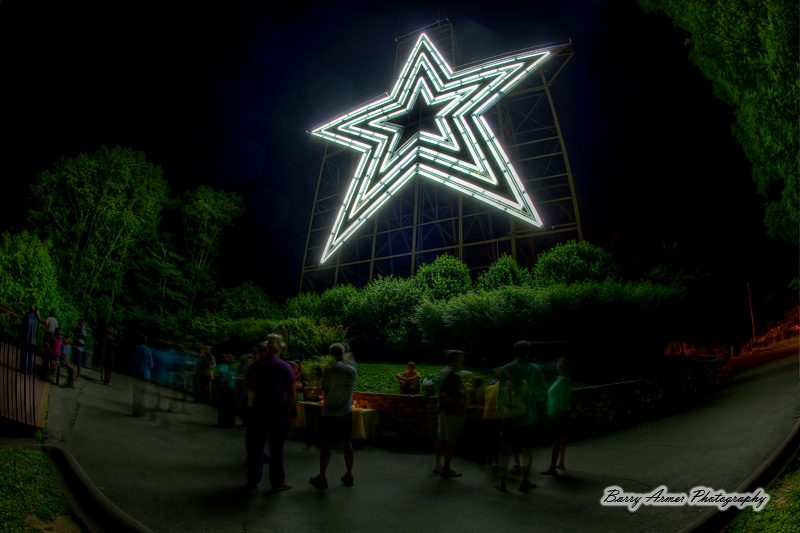